The Straits Times
27th January 2012
By Lim Yan Liang
WHAT is possibly the last wartime civilian air-raid shelter here will welcome groups of visitors on guided tours next month.

The shelter, occupying the ground floor of Block 78, Guan Chuan Street in a quiet corner of Tiong Bahru, has had an anonymous existence all this time.
No signs have pointed casual passers-by to it, and the whitewashed brick walls of its exterior betray little of the purpose for which the 1,500 sq m space was built.


But it was this space that gave about 100 people from the neighbourhood shelter during the Japanese air raids between December 1941 and January 1942, shortly before Singapore fell during World War II.

Built in 1940 by the Singapore Improvement Trust, the colonial predecessor to the Housing Board, it was the only air-raid shelter to have been incorporated into public housing at the time.

The National Heritage Board (NHB), seeking to mark the 70th anniversary of the battle for and eventual fall of Singapore, will organise the tours. It will also launch a community exhibition at the nearby Tiong Bahru market.

The tours and exhibition are part of a larger schedule of events to mark the anniversary. These include an exhibition of artwork by former prisoner of war William Haxworth and Singaporean artist Liu Kang at the National Library, the launch of heritage trails at Reflections At Bukit Chandu, and a remembrance ceremony at the Kranji War Memorial on Feb 15, 70 years to the day Singapore fell.

Mr Alvin Tan, the NHB's director of heritage institutions and industry development, said: 'The guided tours and exhibition are part of the overall experience that NHB is providing to commemorate the Battle for Singapore.'
He said the NHB hopes to raise public awareness of Singapore's war history and highlight the people's resilience in that early phase of nation-building.
Although in good condition, the shelter is not entirely in its original state. The HDB, which has been using the shelter as a storage space, retrofitted it with fluorescent lights.

Other changes, which Mr Tan described as 'minor renovations', included the knocking-down of some walls, and the cementing-over of some original entrances and skylights. Little will be done to the space ahead of visits by history buffs and students of Singapore history.

'If we do it too nicely, it will lose its authenticity,' said Mr Tan.
The exposed red bricks of the interior walls are unadorned. Overhead, planks and pipes run, unhidden, and the concrete ceiling and pillars are unpainted.

Some graffiti, including Chinese characters in black paint, are on the walls in the shelter, but the NHB is unsure when these marks were made. 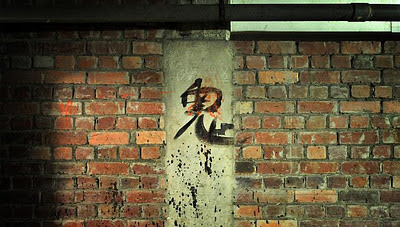 The shelter has memories for Singaporeans like Mr Andrew Bosco Callistus Pereira, 75. (See report below.)

Just five years old when the bombs began falling on Singapore, he said: 'It was spacious down there, but dark, and if I recall correctly, we had just a few kerosene lamps.'

The sound of the air-raid siren is etched in his memory, he said, as are the bright beams of searchlights that criss-crossed the sky outside the shelter.
One reason the shelter is intact could be because it was little used.

Mr Peter Chan, a 58-year-old businessman whose grandfather Chan Chun Wing was a volunteer air-raid marshal in Tiong Bahru, said only one dry run of evacuation to the shelter was held - in the daytime - after the shelter was built ahead of the war.

But the Japanese launched their bombing campaign on Singapore at 4am on Dec 8, 1941. At that hour, most residents were asleep in their own homes and under-prepared to evacuate to the shelter, although it was used the following month.

Mr Chan said: 'My grandfather said people nearby did use the shelter when the sirens went off, but those were mostly false alarms. It was actually hardly used.'
yanliang@sph.com.sg

Father died, sister was born - all within 24 hours

IN THE early hours of Jan 21, 1942, amid intermittent bombing raids on Singapore by the Japanese, Mr Callistus Raymond Pereira, a 29-year-old teacher and father of two, was called to duty as a civil defence volunteer.

He had breakfast with his wife Gerarda, who was expecting their third child soon. Before leaving the family's home in Chay Yan Street, he went to kiss his sleeping sons, Andrew, five, and Eddy, four, goodbye.

As there had been heavy bombing the day before, he had a bad feeling about that day. He took a picture of the Virgin Mary that he kept in a drawer, passed it to his wife and said: 'Don't worry, if anything happens, Our Lady will look after you.'

When he did not return that evening, his wife knew he was gone. She headed for the hospital mortuary in Outram Road, determined to claim his body and give him a proper burial.

But she could not find his body amid the chaos at the mortuary, on a day when 600 people lost their lives.

Later that evening, after she got home, the air-raid sirens went off.
As they howled, she took her sons to the air-raid shelter in Block 78, Guan Chuan Street. The elder of the boys, Andrew, a former lab technician now aged 75, said he remembers being carried into the shelter with Eddy.

'The sirens were blaring. There were bombed-out houses with only the staircases left standing.'

His most vivid memory of life in the shelter, though, was the charcoal fire the adults built inside. Over it, they roasted a long pisang tanduk, or horn banana.
He said: 'I was only five, so I don't recall much, but we ate the bananas with butter, and it was wonderful.'

Later that night, Mrs Pereira went into labour, and by a stroke of luck, Professor J.S. English, Singapore's first professor of obstetrics and gynaecology, was in charge of the medical unit in the shelter.

With help from him and his wife, Mrs Pereira delivered Mary Magdeline Pereira just after midnight on Jan 22, 1942.

Ms Pereira, a retired teacher now aged 70, said: 'If there had not been an air-raid shelter, I don't know if I would have been born safely - or if I'd even be alive now.

'Singapore was razed to the ground that day, and I am like the phoenix that rose out of the ashes. That spirit is in me. I've been a fighter all the time - that's me.'

The family learnt from a historian after the war that a 'C R Pereira', recorded to have died on Jan 21, 1942, lies buried in a mass grave in Batu Pahat, Johor.
LIM YAN LIANG

HOW TO SIGN UP
Two guided tours, each lasting an hour, will take place every Saturday morning at 10am and 11am in February. Members of the public may register for them by emailing lee_bee_cheng@nhb.gov.sg
Posted by SGalf at 10:19 PM 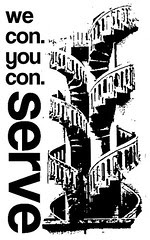